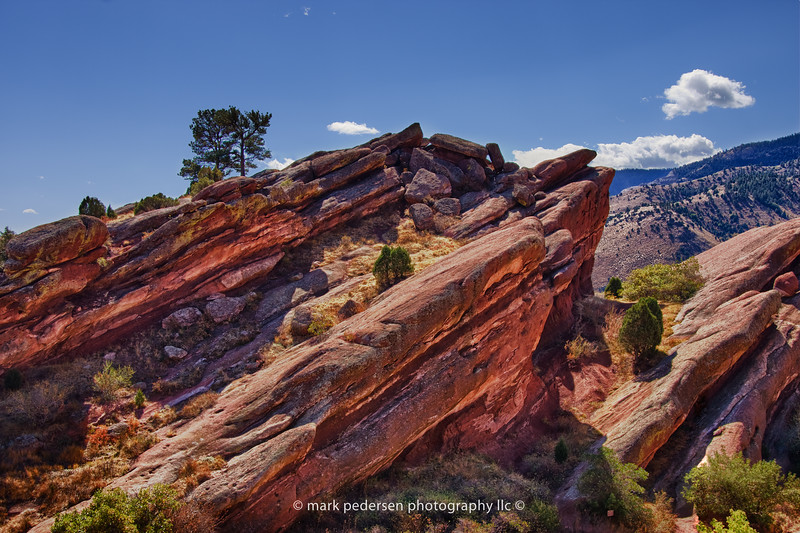 Red-Rocks_001
This vista may be familiar to visitors of the world famous Red Rocks Amphitheater. It is near creation rock, on the North side of the Amphitheater.
The red sandstone found throughout Red Rocks Park is geologically identified as belonging to the Fountain Formation. The rocks were formed about 290-296 million years ago when the Ancestral Rocky Mountains were eroded during the Pennsylvanian epoch. Later, uplift during the Laramide orogeny tilted the rocks to the angle at which they sit today.

The rock formations of red rocks are timeless, and ever etched upon the memories of any vistor.